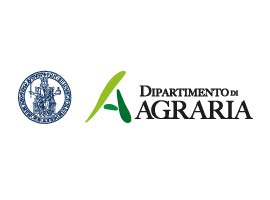 Description of the legal entity

The University of Naples Federico II (UNINA) was founded in the 1224 and since 2013 it is organized in four schools and 26 Departments. Research at the Department of Agricultural Sciences (DIA) covers a wealth of research subjects related to food science and technology, agriculture and environment. The scientific relevance of DIA research products in food science & technology positioned, for the year 2018, the University of Naples Federico II as the 1st one in Italy, the 7th in Europe, and 20th in the world (http://www.shanghairanking.com/Shanghairanking-Subject-Rankings/food-science-technology.html).

UNINA will be responsible for the Scientific and Technical coordination; UNINA will lead the WP4 on the increasing of consumer confidence in Mediterranean fish and it will match the tasks of WP3 with activities on isotope fingerprints, DNA-based techniques, morphological and physical analyses and sensory descriptive evaluation of Mediterranean fish. UNINA will also lead the Relation and Contribution to already existing Databases and Networks.

New perspective of our project brochures

Do not miss our 2nd Newsletter
Subscription
👉 https://surefish.eu/downloads/surefish-communication-toolbox/